Look at the Thermostat I found at Home Depot

A friend of mine was looking for a new thermostat.  He's not a techie, and didn't want to build his own so he was prowling around Home Depot seeing what they had.  He called me from the store and told me they were selling my thermostat <link>.

Of course they weren't, but it was really flattering when I took a look at what he was talking about.  Here is the Honeywell model RTH221B.  It's a basic programmable thermostat that'll do a nice job for someone, but the resemblance to mine is COOL. 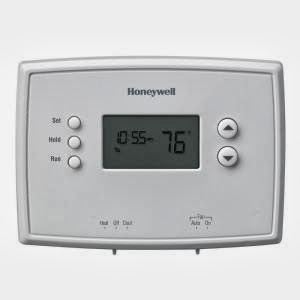 Here's mine, on the wall working away. 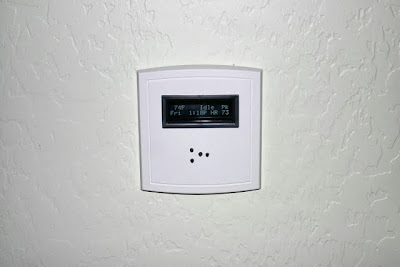 Of course I don't have a crew of engineers to fine tune the location and shape of the buttons.  Another crew that contracts out the fabrication. Or, even another crew that does silkscreen work on the front, so theirs is classier.