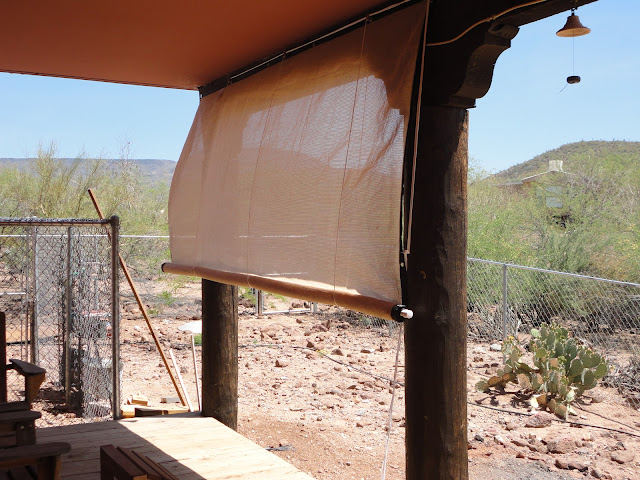 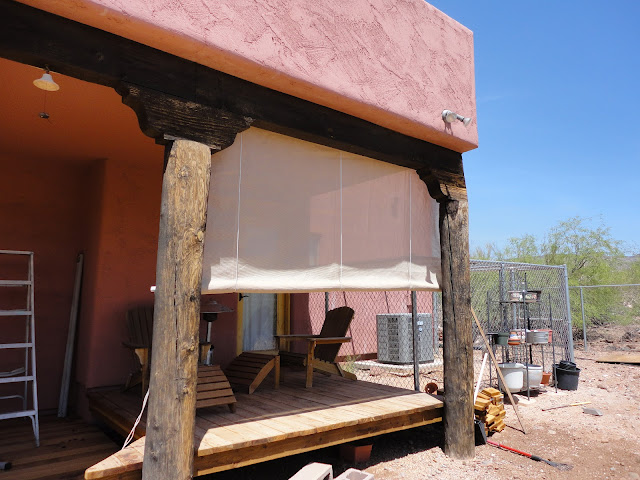 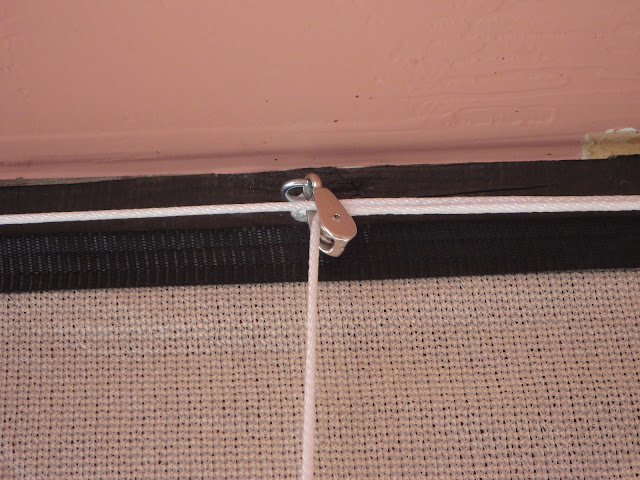 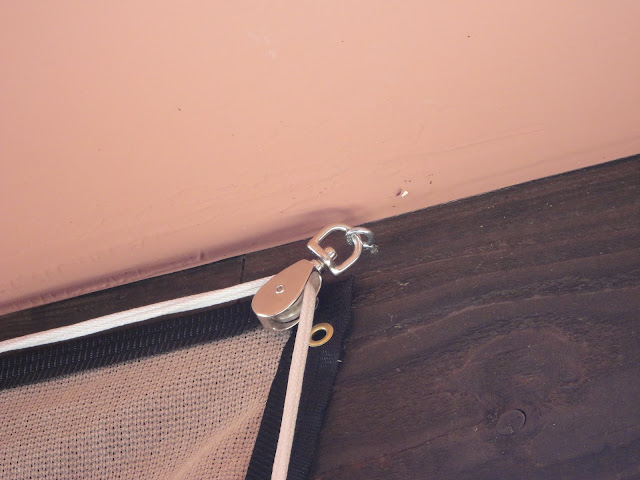 This shade cloth is 70% shade and should work fine for sheltering the patio while still allowing enough sun to support some plants behind it.  The material is polypropylene as is the cord, so they should survive pretty well in the sun.  At least three or four times longer than the cheap plastic stuff that I first considered.  The color works nicely with the terrain and color of the house and I think I'll be pleased with the result when I finish it.
Posted by dave at 4:22 PM 21 comments:

I was busy around the house a couple of days ago and not paying attention to the Power Display, so later that day, I happened to notice that Pachube wasn't getting updated.  Looking at the power display, it was reading zero.  Obviously, that's wrong so I went into the garage and the Power Monitor seemed to be working fine, just reporting a zero level of usage.  I reset the device and everything started working again.

This is the first problem of this nature that I've had since I removed the WiShield and went to an XBee network.  The network didn't fail, something else was screwing up.  I decided to modify the code to reboot every day and clear out any problems from software or memory usage.  While I was at it I updated the description of the device with the newest code and pictures.  Now, I'll just wait and see if this fixes it; may be months before I know.