My Experiences With the Hubitat

I mentioned last post how I got talked into trying the Hubitat. To be honest, it didn't take too much convincing because the hub works with the old Iris switches and I have several of them. We home automation freaks loved those switches. I hacked into them and made them work without the Lowe's hub and hooked them into my house to measure power and control several things.

Then Lowes dropped support for the devices and closed down their cloud offering leaving everyone that depended on that service in the lurch. See why I don't like to rely on cloud services? We've seen this over and over again for the last two decades. You sucker into a service and then they raise the price, lower the capabilities and finally shut it down. That's happening right now with the ring devices. I have one I got simply as a way to watch my driveway for deliveries. Then I got another for a replacement doorbell. They're fun, but require a subscription and an app.

Ring just announced that they're dropping the Windows 10 App and going to a web site instead. I wonder what they will drop next because they already raised the price on their subscription earlier this year. I really feel sorry for the huge number of people that are subscribing to these services without knowing what will eventually happen. I went in with my eyes open because I wanted to play with the devices, but I fully expect them to be an eventual waste of money.

Back to the Hubitat. This thing worked for the Iris switches I have on the very first try. It was really easy to set up and get going, but it didn't fulfill my needs for monitoring things and storing data long term. No, I didn't hack into it and write code, I didn't need to. The developers made this thing easy to hack into and extend the basic capabilities. They actually encourage this. Yes, you can add source to it and customize the heck out of it, but that will have to wait until I have more time to play with the various nuances of the device.

I started off simply with an Iris switch I controlled, added a clock because it was cool and then my power usage from my fridge in the kitchen. 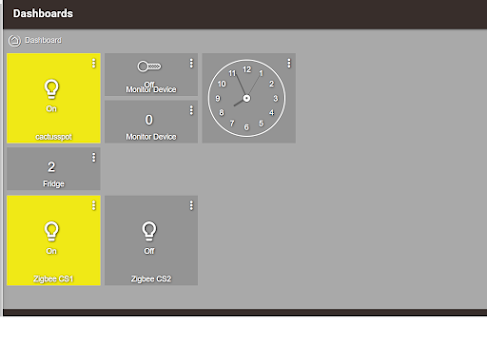 I happened to catch the fridge when it was doing nothing, so the low power level. The two switches at the bottom are very inexpensive Zigbee outlet switches that I picked up just to test this out. Here's that device: 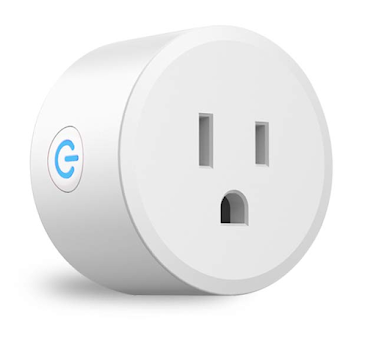 Don't let anyone tell you these can't be any good; both of these worked first try and have been working reliably for a few months now. When I first hooked them up, I called them CS1 and CS2 for "Cheap Switch" 1 and 2. They are available all over the web and serve as Zigbee endpoints. They don't route, so they can't extend a network, but there are other ways to do that.

I'm really impressed by the progress home automation has made in the last couple of years.
I wasn't done though; there was a heck of a lot more to look into and implement. For people that have followed my meandering through various ways of controlling my house you might remember that I measure, present, record and chart things like total house power usage, temperature of each room and major appliance, etc. I don't just turn on a few lights and brag about it, I actually use this data to control power usage and control costs. All that stuff would have to move to the new hub from the raspberry pi network I've implemented over the years.

Darn, this was going to be a huge hunk of work. 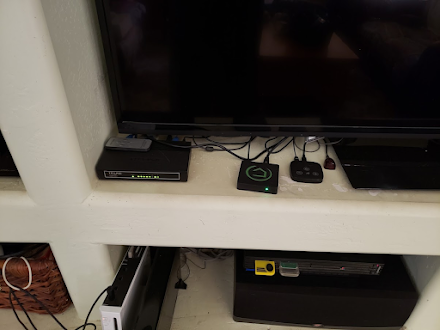 More, and greater details in the days, weeks to come.
Posted by dave at 4:18 PM 2 comments: