A while back I posted about the front loader valve on my big tractor, then forgot to post an update <link>. Well, after several screw ups and two separate orders for new hoses and such, I got it installed on the tractor. 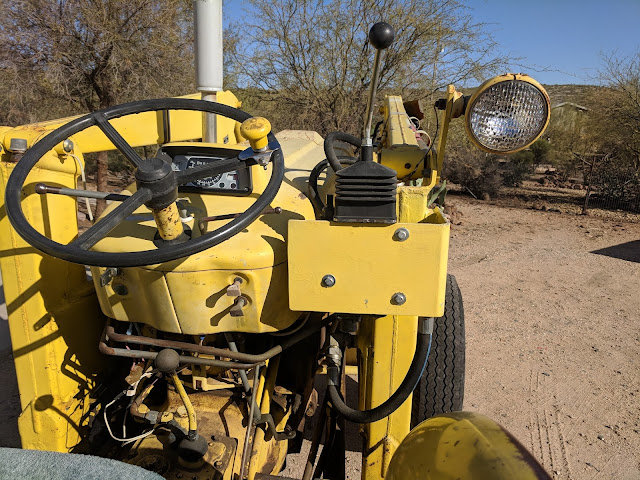 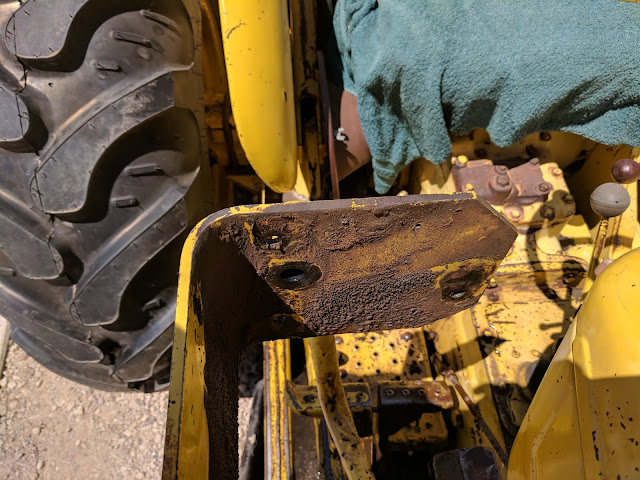 Compared with the new: 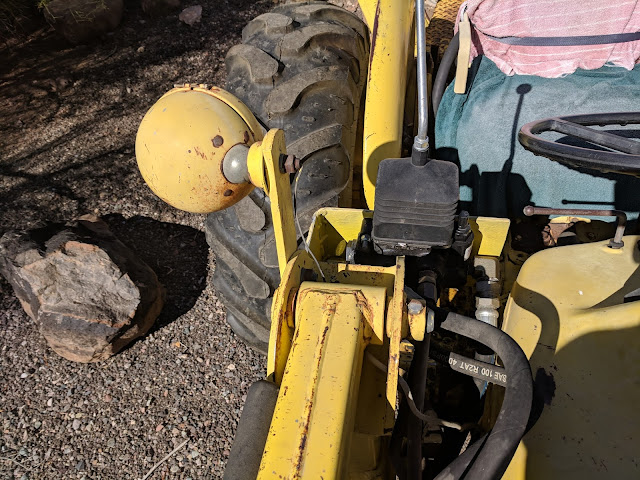 That was an interesting project in itself; mainly because I'm not a welder, I just make stabs at it from time to time. That mounting plate was cut with a plasma cutter and then I bent it by cutting some lines about half way through the plate and bending it over in a vise. I stitch welded the cuts to make them hold. The entire plate was welded on the side of the front loader pillar so it would be in approximately the same place as the old one. 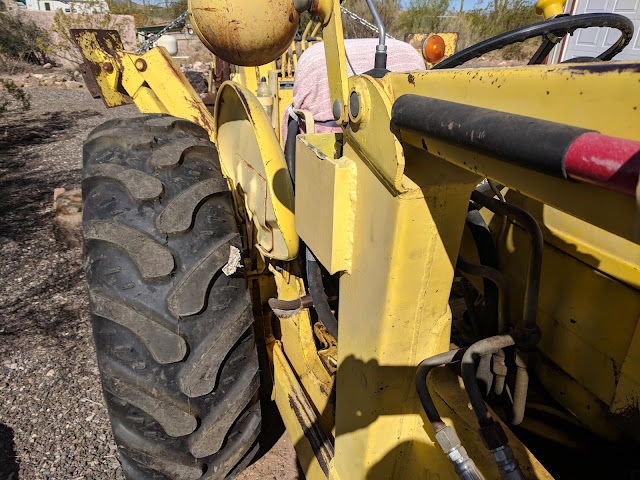 The old valve was plumbed with steel tubing and some of them wouldn't fit the new valve, so I got some hydraulic hoses from an on-line vendor and connected it that way. 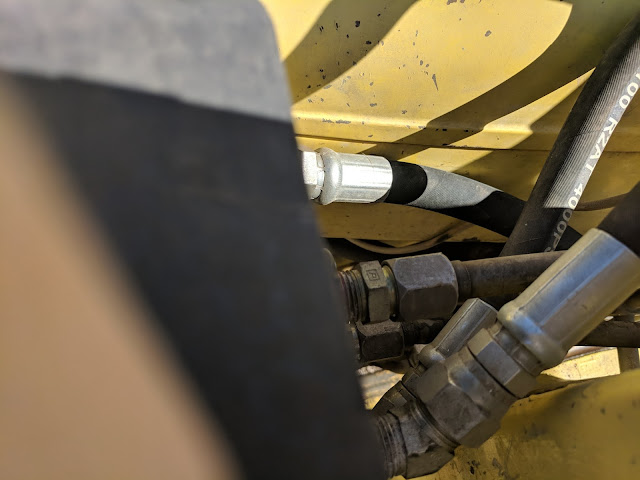 My return line is the one on the bottom; that leads to a new fitting I put on the fluid tank. 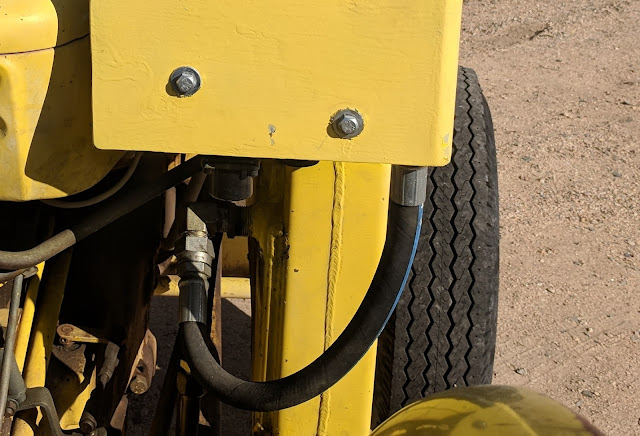 You can just barely see the fitting under the mount on the side of the pillar. On this tractor they used the frame of the loader as the reserve fluid tank, so I couldn't drill any holes for bolts and such. It all had to be welded. Here's a better view of the return line: 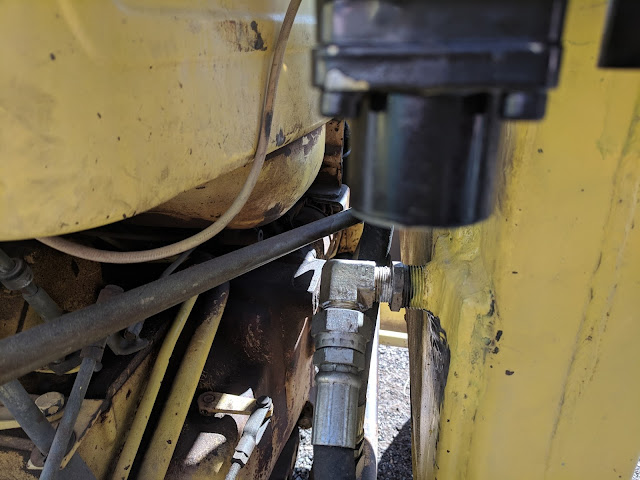 That was another new experience, welding with a MIG loaded with flux core wire in the desert winds. Try fitting your head in there with a welding helmet around it. I have a couple of new scars to brag about.

After fixing a couple of leaks and crossing my fingers, it worked first try. I used the tractor to move some stuff around and the new valve was great. I probably have the only 3000 series Ford tractor with a joystick. Other folk have thought about it, but I haven't read about anyone actually doing it.