I don't really hate woodpeckers, but it gets real close. These winged engines of destruction are everywhere here, and constantly work to annoy and dismantle things. It's early spring here and the males are all out looking for girls. They do this by perching on my chimney caps (aluminum spark arrestors) and peck away in a particular rhythm. 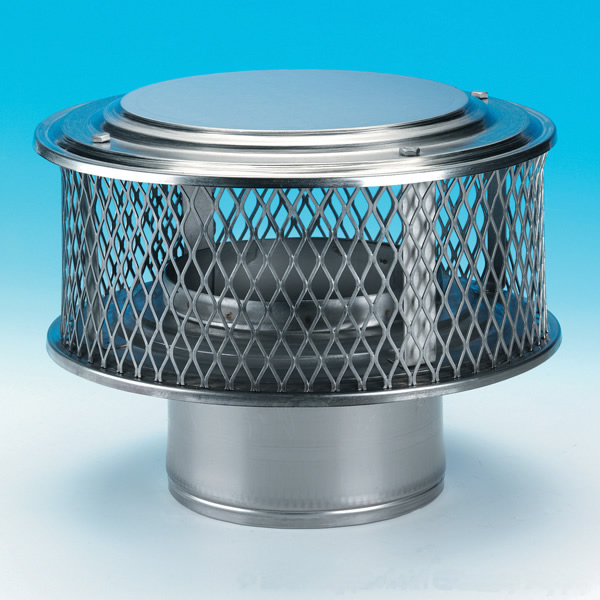 Some woodpeckers sound like a machine gun, others peck 6-7 times then pause and repeat. Some do the three shot shuffle over and over. It appears that each chimney cap artist has his own riff and is very proud of it. All of them scared me at first, entertained me for a day or two, then just became annoying. Every morning begins with the staccato drum beat of some girl hunter seeking attention. I much prefer the neighbors rooster.

The noise of my chimney caps being pounded by a woodpecker carries a long way, and the jerk doing the pounding hopes it will attract a good looking gal woodpecker for amorous intent. If they do attract a female, then they get busy which leads to needing a place to nest. My winged pests are Gila (pronounced hee la) woodpeckers and often (too often) nest in holes in my precious Saguaro (pronounced saw wa ro) cactus. They actually drill holes in the side and move in; laying eggs and nurturing the next generation of annoying little flying cretins. 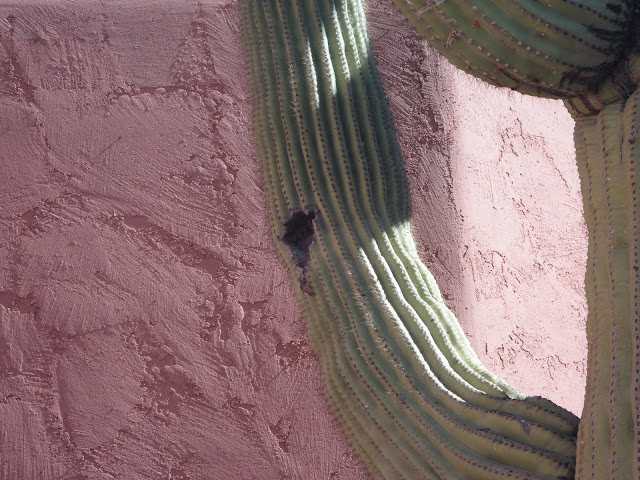 Sure, a BB gun and a little practice could lessen the impact, but not only were they here first, they are protected. Not sure why they are protected, there's about a hundred around here and more next door, but who's going to argue with a game and fish officer holding a ticket book? Someone told me they are classified as migratory and fall under some treaty or other that prohibits killing migratory non-game birds. Mine don't migrate any farther than the neighbors house; they're here all year. To be honest though, I have taken an air-soft gun and done a little target practice from time to time. Those things (air-soft guns) are horribly inaccurate at any distance and I never managed to hit one. It did teach the woodpeckers to fear me; when I walk outside, they're gone; off into the trees to screech at me to leave the area.

The little pests even hang off my hummingbird feeder and chase the hummingbirds away to keep the sugar water all to themselves. I had to stop putting bird seed out for the quail, dove and cactus wrens because it also attracted the woodpeckers. Once they got to hanging around the house, they decided to eat it.

I have vigas (pronounced vee gaa) sticking out of the house as decorations. They simulate the building techniques of the native builders of hundreds of years ago. The Spanish that came later adopted the same techniques and having logs sticking out of your house became something cool. The problem is that the woodpeckers began to drill holes in them. Once the holes penetrated the finish layer, the wood dried out and made the vigas sound hollow. When the woodpeckers hear a hollow spot, they assume there are bugs inside and drill away, which makes more spots dry out. Yep, a vicious cycle of destruction that leads to a viga that is full of cracks and holes eventually causing it to fall apart. I've repaired them several times over the years; once actually taking them down and filling all the cracks and holes with recommended wood repair materials and then putting them back up. I used really good elastomeric paint heavy caulking to keep the weather from eroding them.

Totally wasted effort, the woodpecker attacks destroyed them. Take a look at one of them: 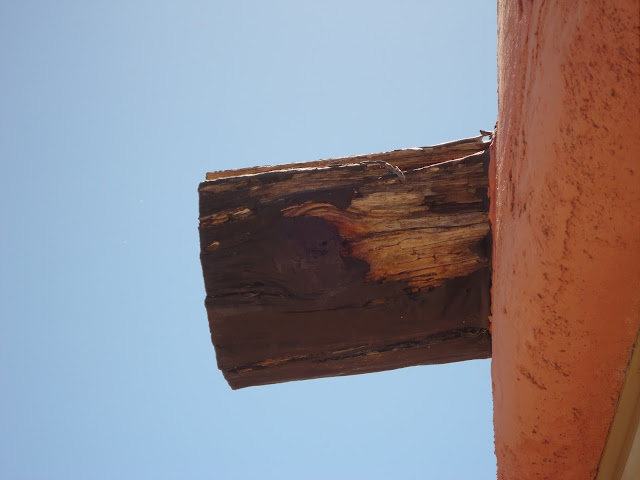 Yes, all that damage was caused by the protected Gila woodpeckers around my place. Let me show you another one: 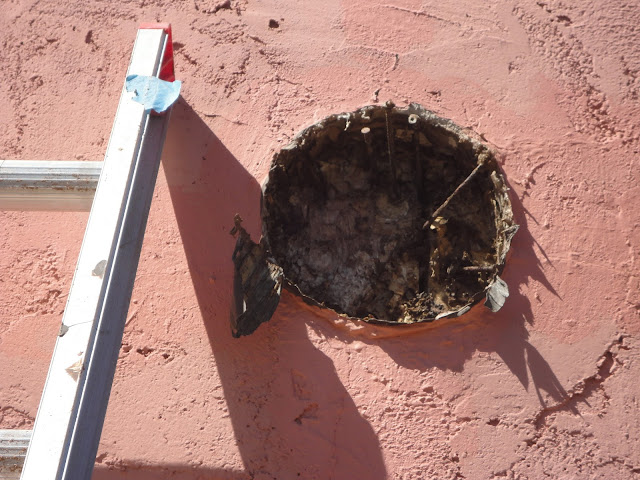 Notice there's no log end sticking out of the hole? That's because it finally dried up enough that the fasteners wouldn't hold it any more. It's on the ground broken and looking really sad. 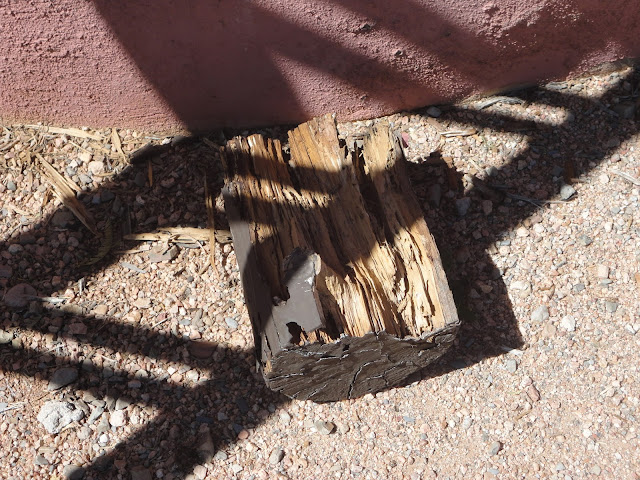 Obviously, I'm losing my battle at protecting my vigas. I decided that wood just wasn't going to cut it; I needed some other solution. I considered forming sheet metal into a cylinder and putting that up, but I couldn't find a sheet metal shop that was cheap enough to do it, and the metal would look like ... well pipe sticking out of the house. Maybe I could cast them out of concrete and put that up. When I looked into that the mold became a nightmare of complexity. That kind of project should be left for something large and beautiful. Besides, concrete is really heavy. Then I went looking on the web for someone else that had this problem and it turned out there was a product that looked perfect. 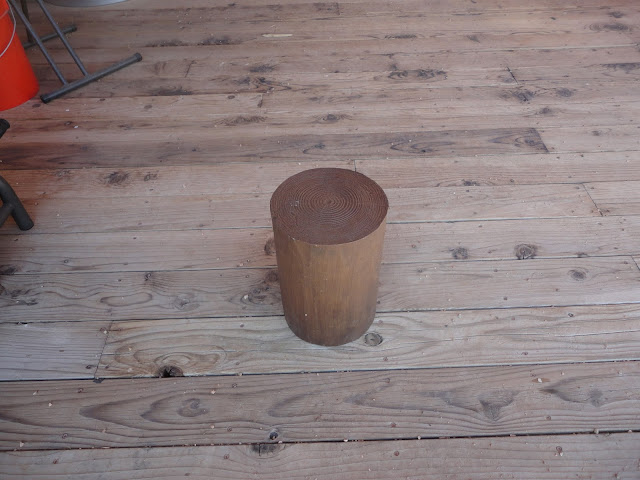 This is a fake viga cast out of polyurethane foam. It looked like the perfect solution: Sun survival is relatively good, and excellent if there is a good paint protecting them. Light weight. Hollow so a mount can be put inside. They don't dry out. They look like wood if you are a few feet away. The only problem is they are a bit pricey and shipping is a factor because they are pretty big.

I ordered and received two of them to try out the idea. Of course, the first thing I did after unpacking was to flip one over to look at the insides. 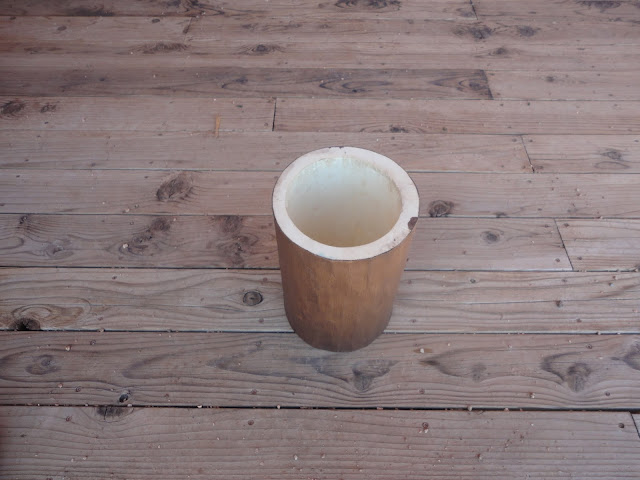 The hollow interior is just perfect for making a mount. All I had to do was chop up a piece of pressure treated wood and mount it to the house, then slide the fake, er uh, faux viga over it and drive in a couple of screws.

After cutting out a bunch of debris from the hole, removing the sealing caulk from the edges I put my newly made mount in and shoved the faux viga into  the hole over the mount. A couple of weather proof screws later, it was mounted. 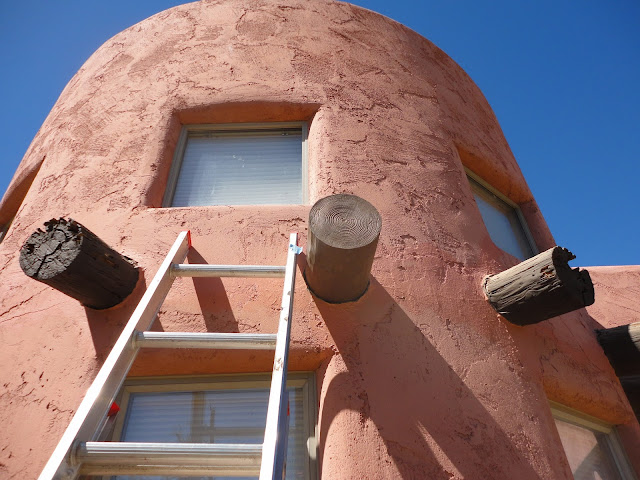 I still have to caulk around the edge and do some painting, but it worked. Based on experience, painted plastic lasts essentially forever in this desert, so the replacements should outlast me. If a woodpecker does poke a hole in it, I'll just fill it with silicon seal and paint over the spot. A simple once-a-year inspection should keep me from having this problem again. They won't mold, rot, attract termites; GREAT!

I still have the other one to install and then I'll order two more. My plan is to spread the cost over time replacing the worst of the originals with each order until I'm done and can stop worrying about woodpeckers destroying this part of my house.

Until the next battle with the vermin.
Posted by dave at 11:41 AM