Hacking Into The Iris Door Sensor

Several people have asked me about the Iris Door Sensor, and I haven't had much interest. My battery operated switch can do this and is totally programmable, but I figured, "What the heck." I went ahead and got one when I went to Lowe's to get another smart switch.

Now, this is one of those projects that will go on and on as I try to get it to work. Meanwhile, these are the first steps. 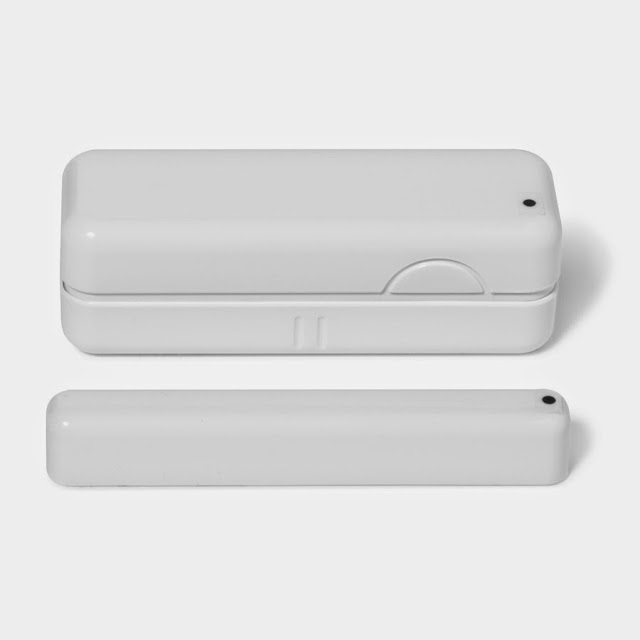 I don't think Lowe's will mind that I stole the picture from their site. First thing I did was open it up and look inside: 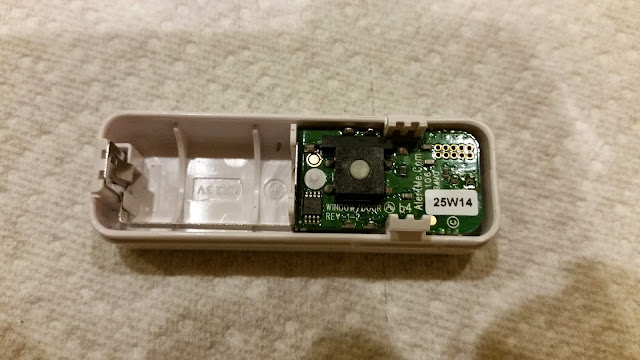 The spot on the left is for the battery and there's a switch for joining it to a network. I tried to get it to join with my Iris network, but it didn't work, so being me, I took it apart. Here's the circuit board removed from the casing: 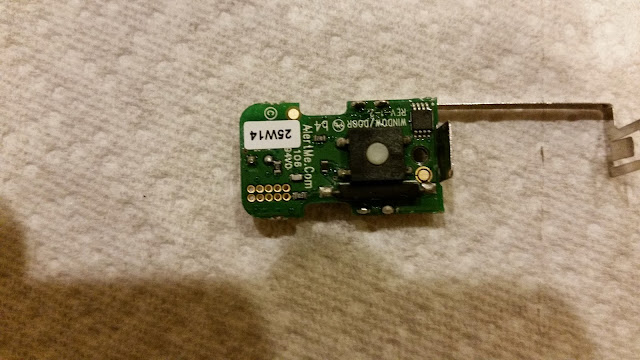 Not much on this side, so flipping it over: 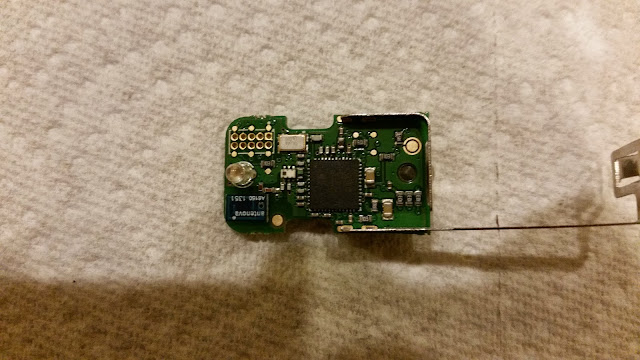 This is a side view of the magnet it comes with: 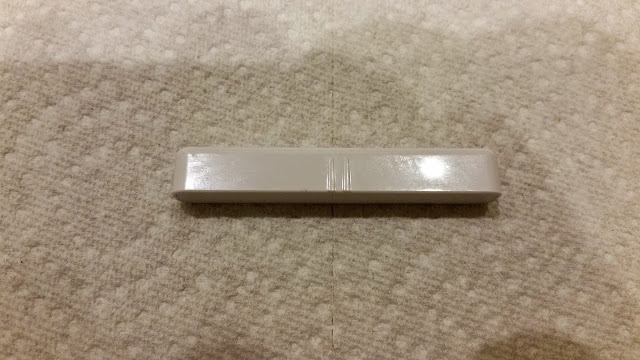 Remember those little extrusions on the magnet case; I'll talk about them later. I got out the magnifying glass and took a look at the active components, the list isn't very long:

Nice set of high quality components. this thing is put together pretty well. The important part is the Ember 250 SOC (system on a chip) that runs the device. These are made specifically for ZigBee and are very nice devices; to bad the product comes from Alertme. They always ignore the ZigBee spec and go their own way in critical areas. This is going to make it tough to hack into.

I put together some code and turned off my normal network to keep down interference and gave it a try. I couldn't get it to join properly, but I was able to see it trying. Since this is an Alertme device, it has significant API differences from the ZigBee spec, so I started trying things. I got it to join eventually by a non-reproducible accident and saw it running.

The problem is that I can't get that to happen again. When it was working, I noticed that it was really sensitive to where the magnet was, so I looked at the reed switch specs and it's only got a 7 mm range. That means that the magnet needs to be right next to the sensor for it to close. The FAQ for the switch on the Lowe's site even talks about that. They blame it on polarity when it's really the fact that the magnet needs to be so close to the sensor; like polarity would matter on a reed switch. A neo magnet might make the range longer, but it wouldn't be as pretty.

Some of us may have problems with that on installation; seven millimeters is not very much, especially when it's about 4 mm from the switch to the case. Do you see why they have those little protusions on the case now? It gives some spacing and a little place for the magnet to rub on the sensor case when the door closes. Strange way to build it, but I'm not an engineer.

About how it works: When the battery is first inserted, it starts sending Device Announce messages and continues this until I answer it with an Active Endpoint  Request (which it hasn't answered yet). When it gets the Active Endpoint, it sends a Match Descriptor request and I answer it with a Match Descriptor Response tailored to it. Then, it sends one of the odd Alertme messages to profile 0xC216 that I've seen before from Alertme devices.

This is the point where, with the smart switches, I send a set of canned responses back and the device would join. The door switch doesn't join, It will stay around for a while trying, but will eventually give up and move on to another channel to look for another controller.

The time I got it to join, it started sending messages to cluster 0x500, the security device cluster. While it was doing that I could actually see the switch change state because the values it sent back were changing based on magnet location. However, it was erratic and extremely slow at sensing the magnet. There was some LED flashing on the device that seemed to correspond to the position of the magnet, but I couldn't be sure.

I'm going to post the code I'm working with as it is right now, but it's not pretty. I hacked up a piece of code I developed to break into another ZigBee device and am making experimental changes to it trying to understand this door switch.

If you grab it, there's an 'if' statement up at the top where I get the packets from the XBee, I check the incoming source address and skip anything that isn't coming from the switch. I have a number of the Iris devices and they were messing up the experiment, so I just ignore them in the code. You'll have to change that to your own devices address.


I told you it wasn't pretty, so stop complaining.

I'm continuing to play with this switch as time, and new ideas permit, so I think the door switch can be conquered. However, if is as flaky as the initial results would indicate, I may not be using it. Having to have the magnet right up against the sensor and having so little elbow room would stop the switch from being useful on things like garage doors, doors that move due to weather or settling, wooden windows that may not shut all the way, that kind of thing. If someone has one that works well in an Iris setup can tell us about this switch, it would be great.

If you want, grab the code, experiment, play, and let me know the results you get.