Well, it's installed.  I got the clamps in and tried them out.  Everything was fine and I put it all together and installed it.  Naturally, I had to build a new enclosure for it and there were a few problems installing it, but it's working now.  Here's the device on the fence: 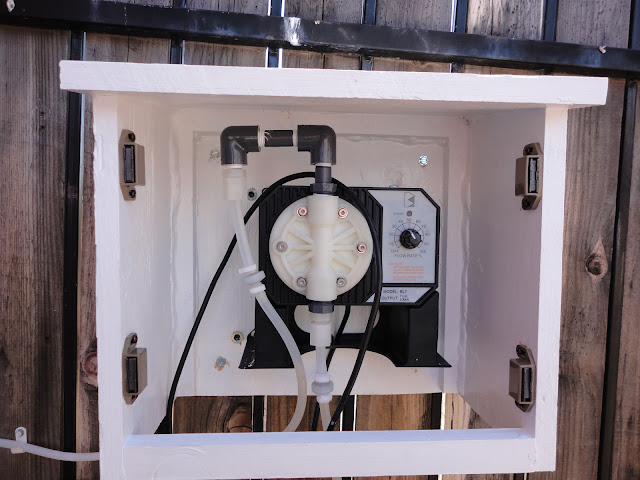 I made the enclosure from some plywood I had in the garage and painted it with a thick layer of latex paint to help keep the wood from being attacked.  I may tie down the cables and tubing after it runs a while.  There's no  bottom on it because I wanted plenty of ventilation for later in the summer, also it will help dry things out if something does leak somwhere.  Here's how I hooked it into the pool plumbing: 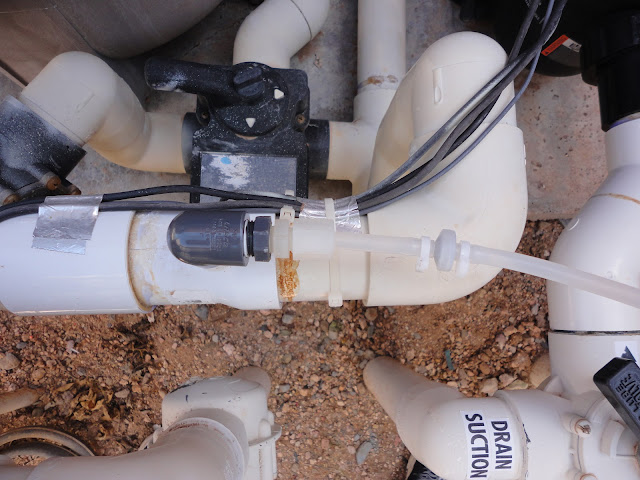 It's just too bad I couldn't find check valve in Kynar that had threaded fittings; that would make it a really clean installation.  Everything works and doesn't leak; now I just have to watch it a few days before I trust it.

When I pulled the foot valve out of the acid to put in a new check valve, the nut that held the tubing had completely dissolved.  The tubing was still attached, but the nut was just gone.  This validated my diagnosis that the nuts were losing grip because they were dissolving in the acid.  This is really irritating because the pump is advertised specifically for chemical dosing.  It seems that the entire problem set I've been trying to overcome would never have happened if they had used high density polyethylene nuts to hold it together.  Since the nuts are custom to their fittings, they can't be second sourced to eliminate the problem either.

Here's the entire installation in place.  To review, the remote control timer that is on my XBee network is on the left in the gray box and the pump is in the new white box; they are both attached to the fence around my pool equipment. 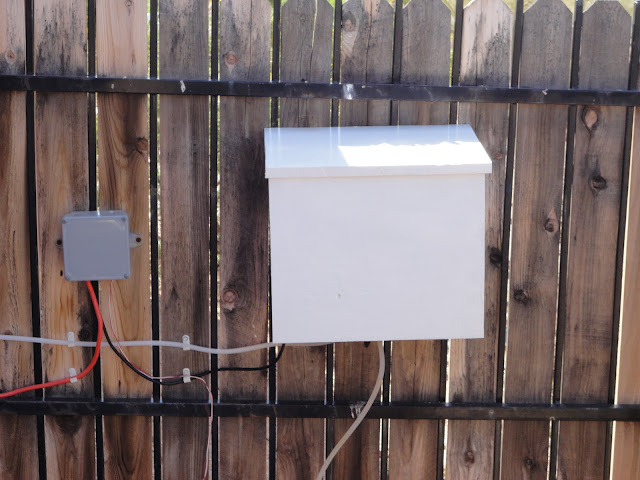 Now I hope I don't have to mess with it for months except refilling the tank.

Update:  I listed the parts and their numbers at the end of my general write up on the injection system here.