I just answered an email from a nice person out there that was curious about my avatar that shows up in various places I post and my little home web site.  It's a squirrel: 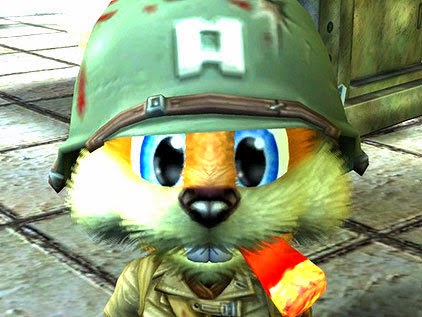 Let me introduce you to Conker. He's the hero of the video game Conker's Bad Hair Day, the very best of the 'M' rated video games ... ever.  This game came out well over a decade ago for the Nintendo 64 and became a cult classic.  Microsoft bought out the company that produced it, Rare software, and totally destroyed the cleverness of the company's offerings.  Microsoft did re-release Conker as, Conker, Live and Reloaded, but they changed it a bit and used it as a gateway into XBox Live.  But, enough history.

I love this game.  I actually keep a Nintendo 64 around to play the game and occasionally drag it out to refresh my memory.  What could keep the attention of an old man that must have outgrown silly little games a long time ago?  Here's a link to one of the fun monsters in the game.  It's a rather long video, but you'll see what attracted me to the game.  <link>

I decided that Conker was my hero.  This led me to use other squirrels from time to time as avatars, or just to illustrate a point: 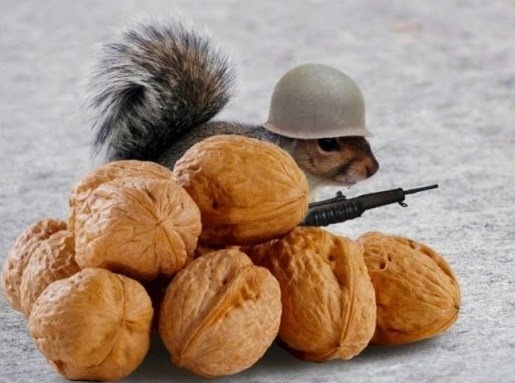 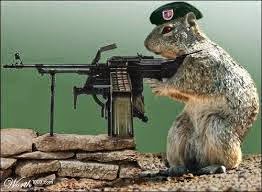 I guess I like squirrels that can fight back.  The game has other monsters to conquer, Dracula, Death, etc.  It's a fun game that kids today will never get to experience.

Unless they come to my house.
Posted by dave at 9:54 PM