Yes, I bit the bullet and bought a Mini Excavator. 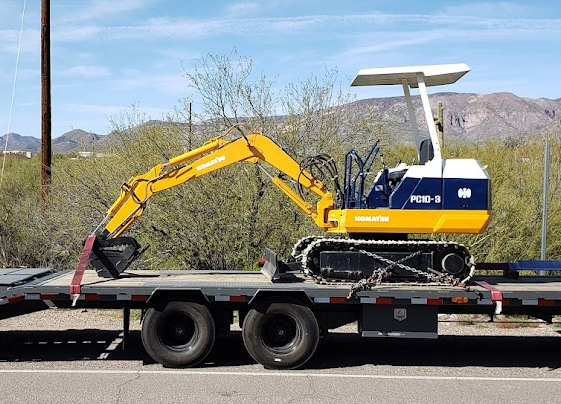 I looked at what was available locally for a couple of months, and what I found just didn't cut it. The hoses had rotted from the sun, There was significant damage to some areas, they were way, way overpriced; at least in my opinion. So, I bit the bullet and expanded my search online to nationwide.

There were a lot of them out there, but buying something this expensive sight unseen was scary. Sure, people do it every day at online auctions and such, but they know what they're doing, ... I don't.

So, I went to ebay and looked at their guarantee for construction equipment. They insure the purchase up to $100,000, and that gave me enough courage to contact a seller. The rest was easy. The excavator arrived in port in Long Beach, CA; was inspected; loaded on a truck, and showed up at my house in just a few days total time. I was lucky in that respect, but I did choose a machine that was available instead of looking for exactly the right thing.

If you want to know the specs, the model number is right on the side and google can pop up a spec sheet in one search. What I like most about it is there ARE NO ELECTRONICS; it's old school hydraulics with valves and such. It can be worked on without a laptop plugged into a data port. Less failures to some component getting wet and less expensive control components.

Now the bad stuff: When I got on it, having exactly zero experience on an excavator, I couldn't get it to go. Meaning, how the heck do you run this thing? I fiddled around and found the two forward controls for the tracks and managed to move it down the drive a ways. Then I looked at the control layout decal and managed to work it a bit. I got it from the road to my house in a few minutes and then started to play with it where no one could see me make a fool of myself.

After an hour of trying levers, looking at the instructions (shudder) and messing around I managed to make it do things. Then, I went nuts. Spinning around using zero turn, swiveling it around and around, banging the bucket on the ground. Basically playing with my new toy.

It is so exciting to pick up a bucket of dirt, swivel around and dump it behind you. That is probably the most exciting thing about an excavator I've tried yet. It can really dig!! I can make a hole in no time, even with the incredibly rocky ground I live on. Just wiggle the bucket back and forth a little and it will bite in. Really large rocks give it trouble, and I have to plan better to roll them out of the hole, but so far, I haven't hit one that I can't move. I know I will at some point (it is a mini machine), but then I'll just go around the rock if necessary.

And, it has a THUMB. In case you don't know what that is, here's a picture of mine. This allows me to pick up rocks, grab a bunch of prunings, pick up a limb to chainsaw, etc. It gives me a hand to manipulate things with. This increases the versatility of the machine to a level that we, as homeowners, can really appreciate.

There is one annoying thing about it though. The left hand control is set up counter-intuitively. Left hand left is stick away and left hand right is stick close. Left hand forward is swing right and left hand back is swing left. There are two control standards in the US, ISO and SAE; they differ in the positions of the controls, however both of them have the swivel control on the left hand side to side.  That is driving me nuts. I keep swinging the excavator when I try to move the stick. It just makes sense to my brain that swivel left should be push left, not pull back.

Yes, it can be changed by moving the hydraulic lines. However, the lines are plumbed, not hoses. Take a look: 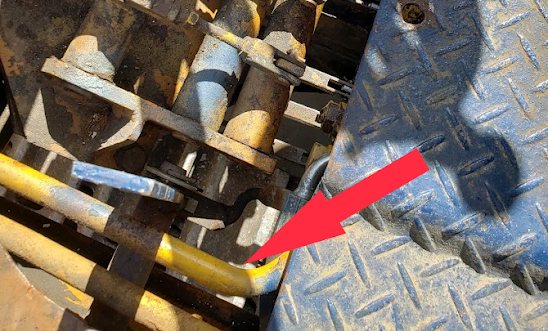 Those two pipes are the stick controls, and I didn't want to spend a week creating new ones to fit the application. Note that steel plumbing is a good thing, it protects the hydraulics and makes for a really good connection, They are just really hard to move around. I may come back to this after a while and change it, but reprogramming my brain is easier at this point and it keeps the machine on the dirt doing what I need instead of sitting in the garage waiting for parts.

What's also awesome about this machine is how well it is set up. I can get to the controls really easily, the gas gauge is a clear tube instead of a float in the tank that fails, the horn is not where you'll hit it every time you use the machine. It even has a light that I plan on using very, very little. 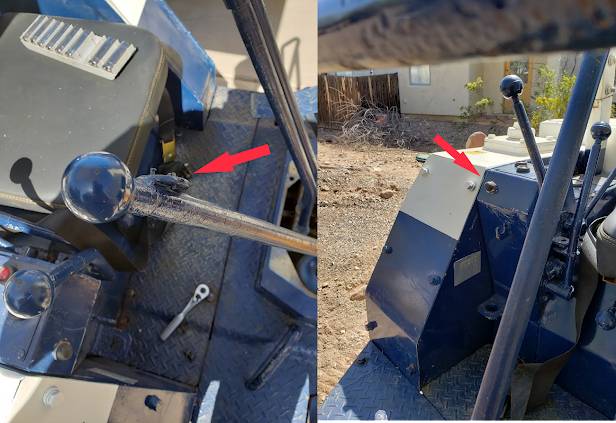 I may grind that mount off at some point, but want to have a can of Komatsu blue paint on hand when I do to keep it pretty.

Wanna see the extremely high tech fuel gauge? I guarantee this will not fail due to a rat eating the wiring or some connection coming loose. 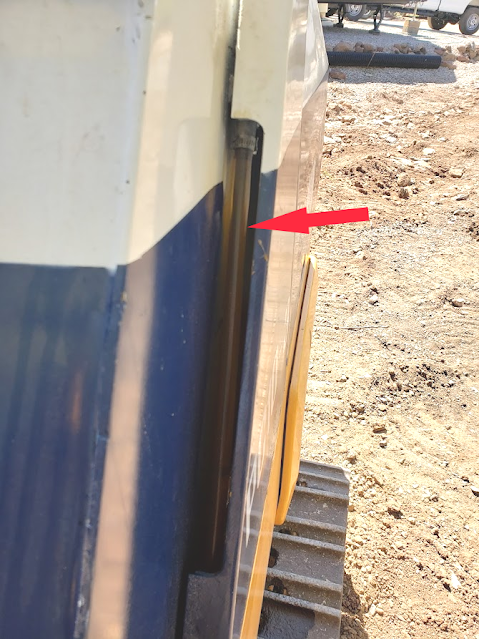 Yes, it's just a clear tube that shows the level of fuel in the tank. No electronics, no silly idiot light, just something that you can easily see that won't fail as soon as you need it.
Now for a blatant recommendation of the seller I used for this transaction, NGO Company. I called them about the excavator I found both on the web and ebay. I talked to a guy named Ray, and he was totally honest. He described the machine, the process of buying it and when he expected it to show up in port. I waited a day, and called him back to start the purchase process. I paid a deposit, then waited until the machine was in his shop. He sent me pictures of it and I paid the rest by wire transfer.

As soon as the wire showed up as pending for transfer, he called the shipper and they came and loaded it up. I got it the next day.

Totally seamless transaction; nothing went wrong and the machine started on the first try. How good can it get?

Ray will probably read this blog post and snicker a bit because I literally drove him nuts with questions about the dates, how wire transfers worked, etc. All the stuff a naive purchasers comes up with. I was basically a total dweeb, and he put up with it.

If you're interested in something like this, visit his web site at https://www.ngollc.com/ and tell him Dave sent you. You won't get a discount, large equipment doesn't work that way, but he'll recognize the name.

I'll be posting about my exploits with this machine in the future. It's too much fun not to spend time on it.
Posted by dave at 11:59 AM