Well, I've been testing, trying new ideas and even added a button to this thing for the last several weeks. I don't think I'm going to learn anything new in the short term, so I decided to solder everything down and turn it into a package that I can actually use.

I got some of these: 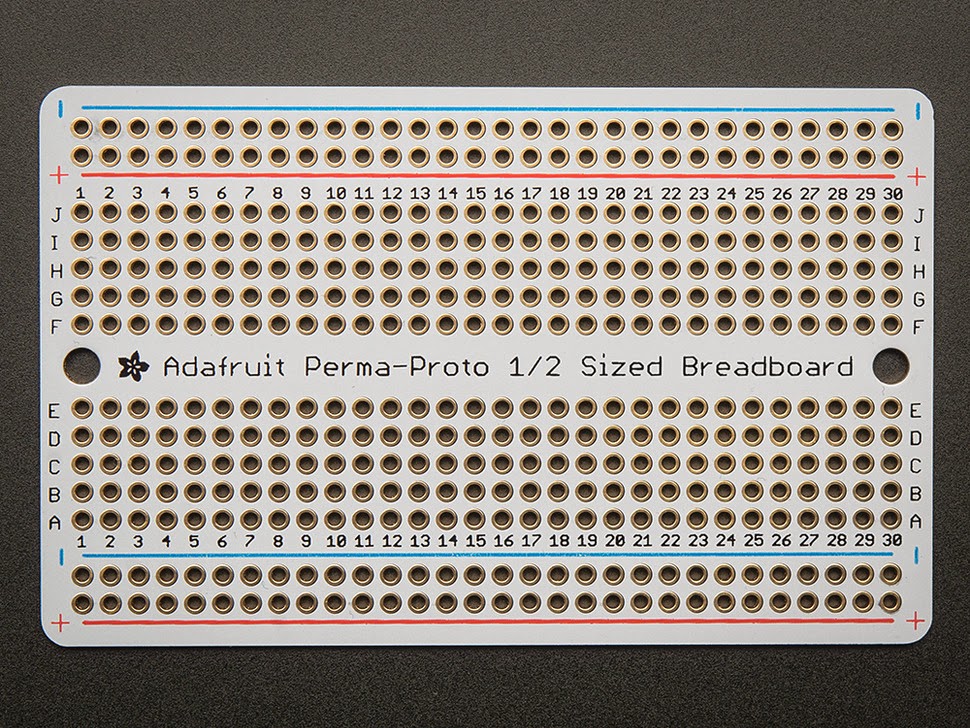 Those of you that have been following this project understand now why I wanted to confine the parts to half a breadboard. I can put all the parts on this and then have something I can put in some kind of enclosure. I stripped all the parts off the breadboard and put them on the new board. 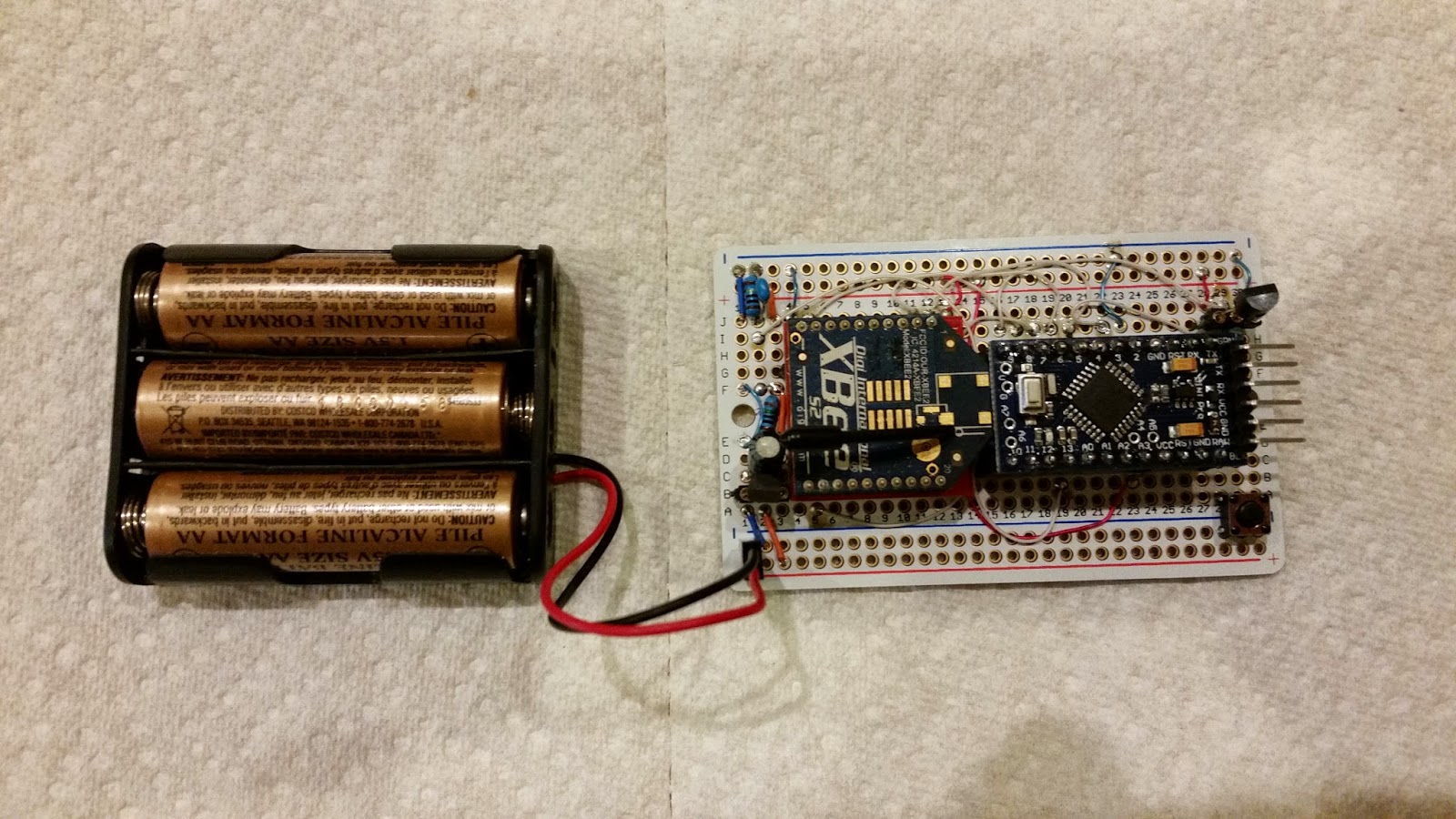 Yep, I got the regulator, XBee, Arduino Mini Pro, sensor, and a push button on there. I mounted the active components in sockets so they'd be easy to change if I needed to. I also put a plug on the battery pack so I can unplug it if needed. I still have the monitor circuit for watching the battery level, that way I can tell when the batteries are starting to go flat.

It's a nice little package, even if I do have to say so myself. If I put the battery underneath the board, it is pretty compact as well: 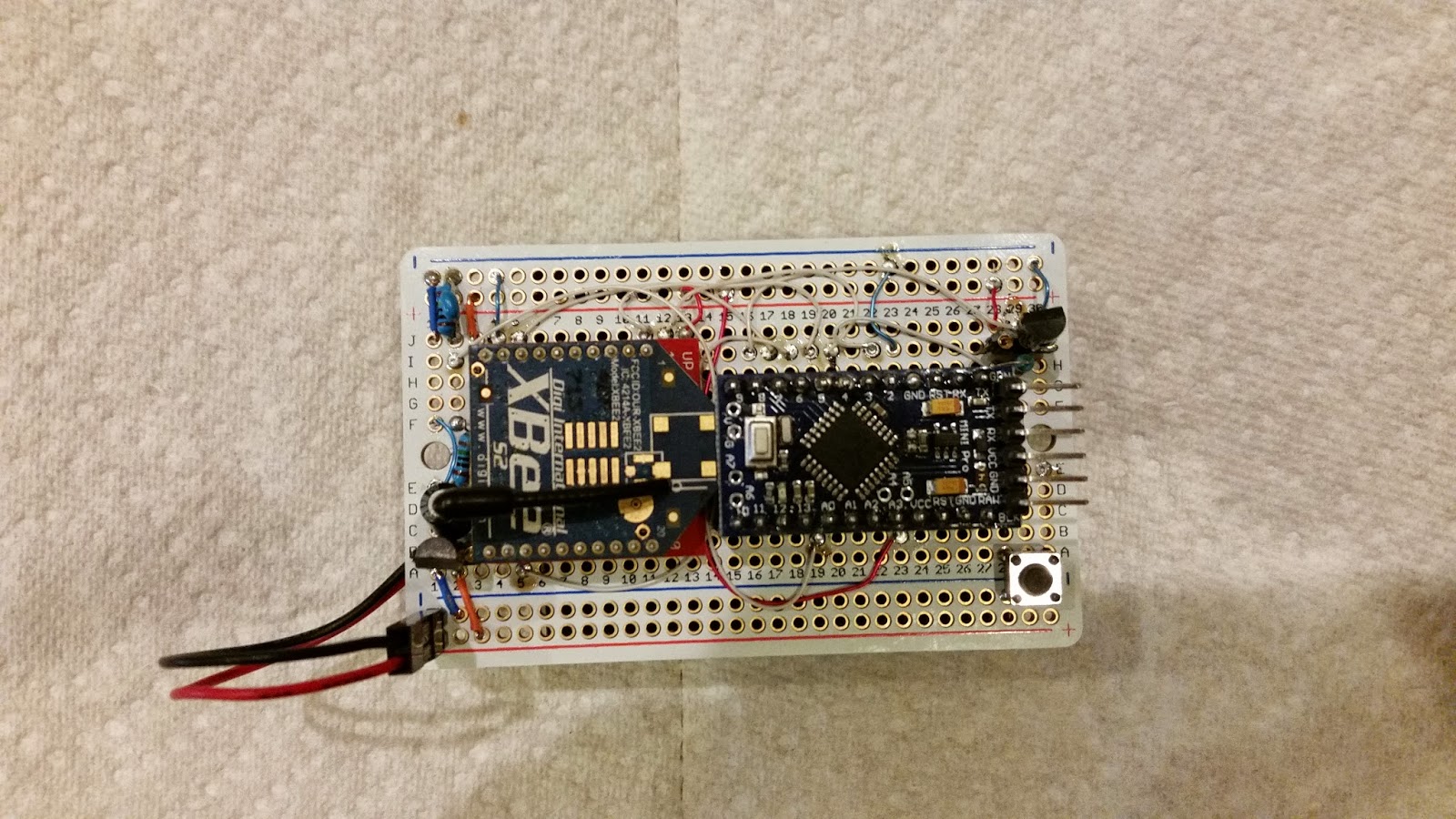 I think I'll put it in a travel container for a bar of soap to play with it around the house for a few months. Here's the schematic for the final result:

I'm going to the 3V version of the MCP1700 as soon as they come in from Mouser. Those little devices are perfect for battery applications. The 3V version (opposed to the 3.3V) worked well with this combination of components because the battery drops to just under 2.9V before it shuts off. That way I've dropped the batteries down to a volt each, and there's essentially nothing left in there.

Notice the voltage divider on the battery input? That combination of values works well to monitor the battery voltage, but I had to calibrate it in the code. It's pretty easy, get your meter, measure the battery voltage and then adjust the code until you get the same reading ... done. This will hold essentially forever, but if you want to check it yearly or so, it's easy.

This particular device (there WILL be others) is going beside my bed. I'll have the temperature of my bedroom as well as a button to turn the light off eliminating the X10 controller I have there now. Remember, this is a smart device, I can program it to do other things over time, and probably will. I think having one in the guest room with a door sensor attached would be fun. I may put one in the attic to monitor the heat up there, and one hooked to a moisture sensor out in the garage would be great for keeping track of the water heater.

How long will the batteries last? I don't know exactly, but it should be many months, a little less than a year. I can't measure the power usage, it's too low for anything I have. I removed the led from the Arduino board and feed the power behind the power regulator, so I have no losses there. I suspect it's using around 10 micro amps when asleep and not much when it's running. I'm going to set it to 5 seconds awake and 115 seconds asleep which will cut the drain in half compared to the level I ran it at in testing. If it runs down too soon, there's still several things I can do, but they won't actually gain me very much. Slower clock speed, mosfet switch for the power to the sensor and XBee, that kind of thing. The one thing that will really increase the time between battery changes is to simply use four batteries. The regulator I used can take it and it's not much more space. I'll try the three battery setup for as long as it runs to get a feel for what's going on.

My new NAS came in and is installed, so I guess I'll move on to something on it now. I'll build more of these as time permits, I have enough XBees for a bunch.

The next entry on this project is here <link>
Posted by dave at 6:37 PM