Wemo Devices Are Getting Interesting Now

I'm not one of those guys that gathers tech news items and reposts them to increase my page views or hits, but this is going to be an exception.  I was prowling around looking for ideas for a particular problem I'm having with the Wemo devices I have and ran across a cool news item <link>.  Basically, it says that Belkin is expanding their line of WiFi controlled devices to include light bulbs, slow cookers, coffee makers, humidfiers, and who knows what else.

This is so cool.  Imagine, a coffee pot with an internet address.

I thought I'd capture a picture from a 'coming soon' article that really caught my eye: 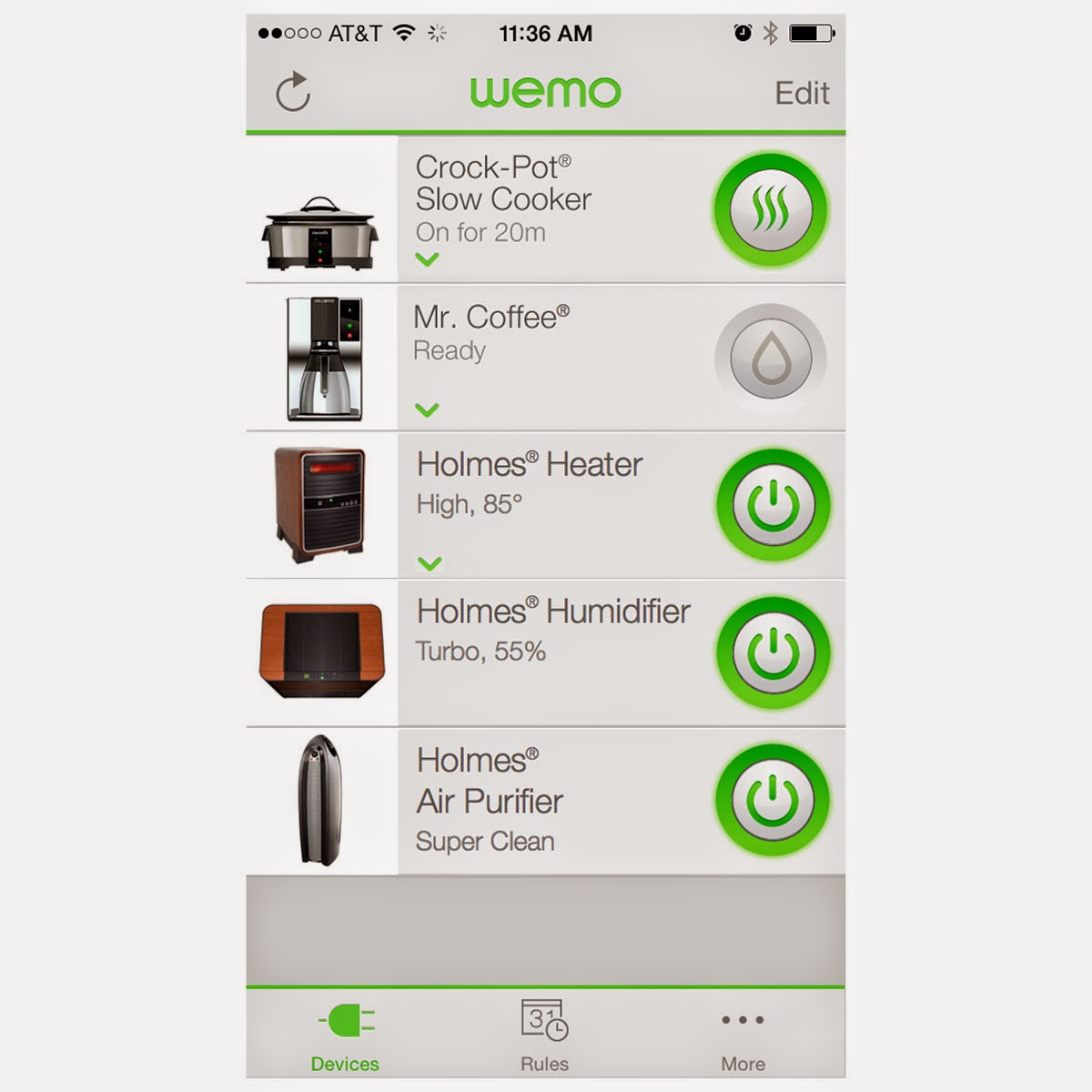 I stole the picture and put it here because the advertisement will probably disappear soon.  The link is from the CrockPot web site <link>, and is for a Wemo based slow cooker that is going on my 'gottahavethatthing' list.  Being a widower, I use a slow cooker a lot and this would be great to have.

But look, space heaters, humidifiers, coffee makers, what will they think of next?  Sure, I use things like this to control or monitor a lot of devices and I could probably build my own remote controlled coffee maker, but the neighbors can't.  Now, they can just buy it.

So, it looks like Belkin is in this marketplace big time.  They actually published their API for Android (yes, I downloaded it) so other people can get into the arena.  With the library work in Python and several other languages, the home hacker can start building nice controls for their own use.  Normal folk can use the free phone app and do much the same with no work (or personal satisfaction).

Home automation is looking better all the time.

Email ThisBlogThis!Share to TwitterShare to FacebookShare to Pinterest
Labels: Wemo