And Now For Something Completely Different

I guess you've all figured out that I live in the desert by now.  Well, we have a lot of birds and other wildlife wandering around; part of the charm of living out here.  Today, a dove decided to invade the house; this is a relatively common thing and is mostly uneventful except for having to clean the droppings off the furniture after chasing it outside.  However, today my trusted guard dog managed to corner the bird.  This is the debris: 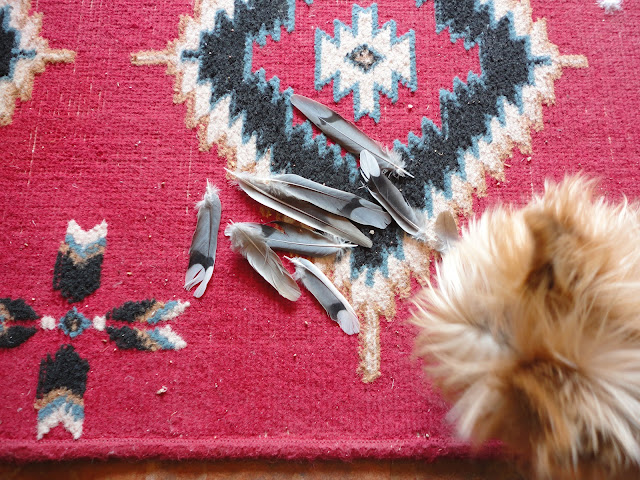 Yes, that's the head of the much feared guard dog.  Here's a picture of the dog with evidence of his bravery clearly visible stuck to his nose: 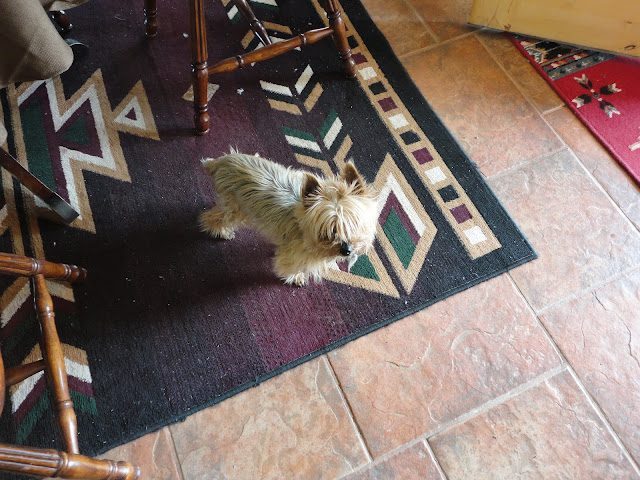 Just so the more environmentally concerned don't misunderstand, here's a picture of the bird after the confrontation, it's perched about 14 feet up on a pot shelf trying to decide what to do: 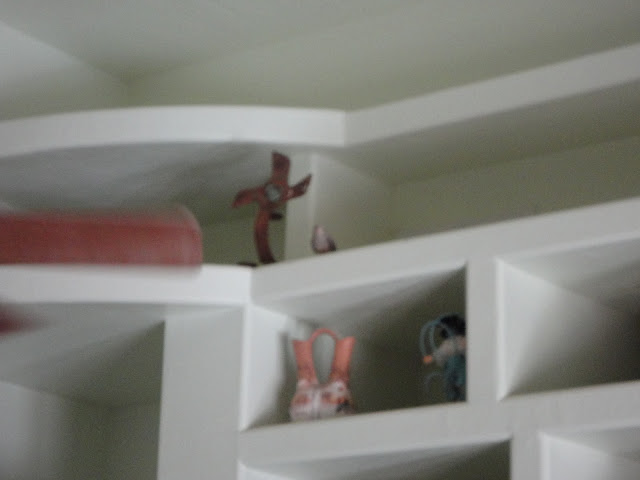 And here is a picture of the bird in the yard on it's way to freedom: 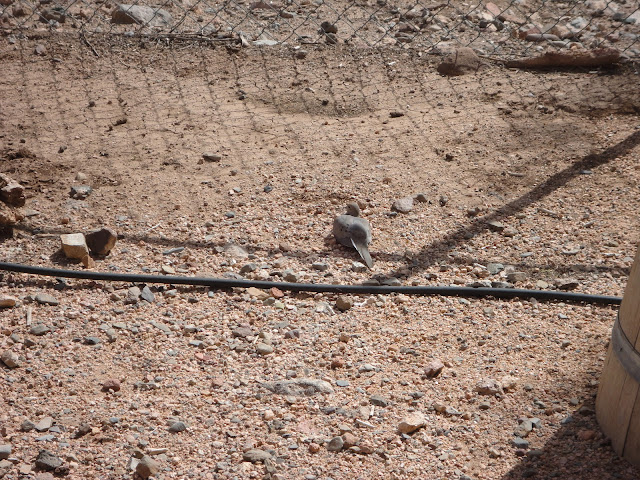 No, the bird isn't injured, just tired.  I had to chase it all over the house before it found one of the doors I had open for it to escape through.  After a few minutes it took off for safer territory.  Somewhere that didn't have a dangerous five pound Yorky protecting it.  And, yes, this all happened while I was composing the post below on battery chargers (how do I ever manage to get anything done?).  Now, if I could only get the dog to stop strutting proudly around the house and find all the poop left behind by the scared dove.....